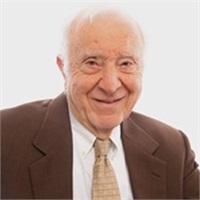 Dave began his Investment Advisory practice in 1992 after selling his distribution business, which he had profitably grown for over 30 years. Dave always enjoyed managing his investments and in 1972 he began managing the distribution company’s profit sharing plan. Over the ensuing years many friends and family members entrusted their accounts to Dave. After selling his distribution company, he became registered as an Investment Advisor and began growing his second successful business. In 2015 Dave began collaborating with John and Sandy, exchanging their investing and financial planning strategies. Sharing common values, such as not selling commission products and operating on the fiduciary standard, they decided to form a partnership in late 2016.

Investment research remains Dave’s passion. His deep understanding of manager selection and retirement planning was invaluable to our firm and its clients. Dave served on the Investment Committee for the Jewish Community Foundation of the Jewish Federation of the East Bay the 1980s, including a seven year term as Chairman. In retirement he remains an avid reader of economics and investing books. Dave enjoys hiking and travelling to see his seven grandchildren around the world. He received a BA in Business Administration from the University of Illinois.